Finally getting back on the IAT again, a couple weeks ago, was a mixed bag. There was still residual angst from getting threatened with forcible removal in April, but time and the extra 500 miles from St. Albans, VT, to St. Andre-de-Restigouche had done a lot to make me feel better about the whole shebang.

Actually, the extra 500 miles were very cathartic. It was a really pleasant stretch, from near the end of the Long Trail, following trails, woods roads, and bike paths, continuing through the Appalachians into the Gaspe Peninsula. French Canada (and the folks who live there) really, really made things wonderful.

Anyways, I’m back on the official IAT.

The Quebec chapter gave me a 25% discount (they charge for nightly stays on trail) but it would have still been too much for my pretty penniless self, and I have a bunch of resources still from my plans for alternate routes up to Forillon (the tip of the peninsula here). Thankfully, our Maine chapter reminded me they’d offered to cover the shelter fees through Quebec. 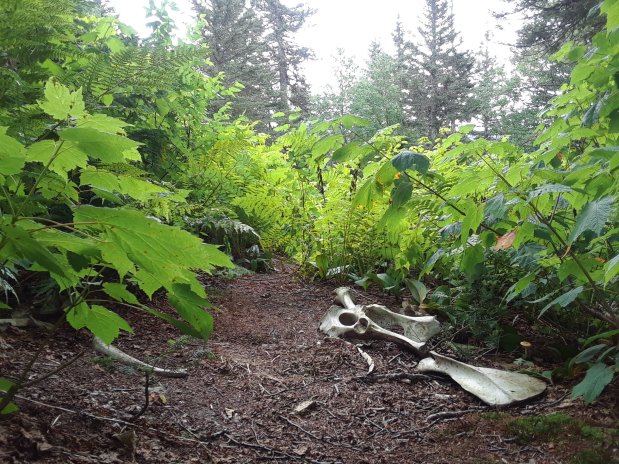 I scribbled down an arbitrary set of dates and sent it in for approval; they looked them over carefully, said it was too aggressive (oops), and sent back some remediations. Great. I ended up following the schedule pretty well, because it lined up perfectly with days of mist; afternoons of thunderstorms and pouring rain; late mornings or swims in the rivers. Cool stuff all around.

I’ve walked up to Gaspesie National Park, through Matane Wilderness and the wilder sections of trail. Obviously there’s a lot, but I’ll give you the Sparknotes version:

Ok. About the last one: This is why I am so pleased.

I was pretty nervous about how painful the mountain trails would be. Walking up the St. Lawrence was pretty flat, because I was mostly on graded roads and bike paths… And I know how much I dislike painful things, and walking up a mountain is hard. Especially because I’ve been only on flat things.

There’s a 110 mile stretch from St. Vianney to Mont Albert in Gaspesie National Park, where you’re walking through remote areas and there are no towns (plenty of woods roads, though). The entire long stretch is over a section of trail that I was told is probably one of the most challenging sections on the IAT, both for the mountains and the wildness/steepness of the trail.

Well, ok. What really happened was someone told me it wasn’t possible to make it through without setting up a drop in the middle. Then my first brain was like, “What, I’m sure it’s been done,” and my second thoughts were all, “I bet I could do it too.” Then my third thoughts were like, “wait ok calm down Sail you’ve been loitering all the way up the flat St. Lawrence let’s think about this properly aight.” To be fair, I technically didn’t make it the entire 110 miles.

Mostly because at the end of it, with 94 miles behind me, I found myself standing on a gravel road in the middle of the Chic Choc mountains, staring at the 16 mile trail up and over Mont Albert and thinking about how if I took it I’d have a tough time catching my flight the next morning from Quebec City, a 6 hour drive south. (A friend is getting married. My other friends were generous in offering to funding my trip out, which carries the added benefits of resetting the legal 6 month limit on an American visiting ole Canadia, letting me see two siblings, an aunt, an uncle, two cousins, and hanging out with a bunch of folks whom I haven’t seen in over two years.)

But it was 16 miles. I hadn’t thought I’d make it here with so much food, and thought for sure I’d have to detour to a main road and hitch-hike out from here. Hiking this trail instead would make these last few days my longest stretch in the wilderness without resupply (after the 100 mile wilderness in Maine). And I’d get to go over Mont Albert, in an area which is home to caribou, which I’d not seen yet on this hike. Shoot. 110 is such a nice, big, even number. Big. And it’s easier to hitch-hike from the other side.

So I stared at the trail some more.

Then a car pulled up next to me on the gravel road, and two people got out and were all, “…..Anne??” I stared at them, trying to place where I knew them from. Here we are in the middle of the woods. It’s been a long ways. “We’re Clemence’s parents!” THEY WERE MY FRIEND’S PARENTS, she who put the chocolate into my pack some months ago, whom I had stayed with a few miles from the Quebec-Vermont border… which was only about 500 miles south. Turns out they had just finished a summer camping trip, and were starting their 7 hour drive home. “Want a ride to Quebec?” ok yeah thanks I’ll take a six hour ride with friends/parents of friends who appear in the woods at opportune moment, yes alright.

Then we stopped for lunch for fifteen minutes, halfway through the drive, and Josee who runs the Nipigon drove by our roadside picnic table, and rolled her window down. “…Anne? I thought you were still in the mountains?”

Then we stopped on the road an hour later to see my friend, who was road tripping in the opposite direction, and incredibly sleep deprived. 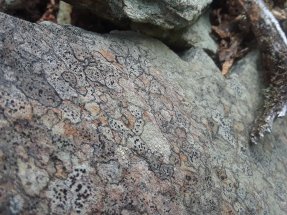 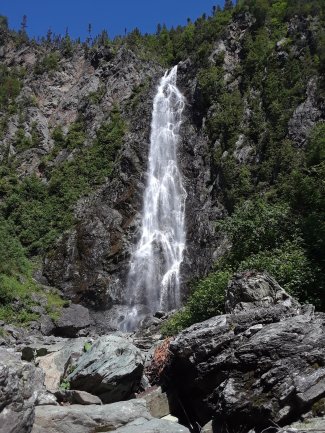 …So that’s how I hiked 94 miles through Matane Wilderness and the Chic Chocs without a resupply. Sometimes I like seeing humans. We can climb Mont Albert in a bit.

Also, I kept copious food notes because I was worried about food, and wanted the record for posterity. Like science. So at some point, I’ll write it to you, or something.

It took around 9 days with the thoughtfully-adjusted-to-be-less-aggressive itinerary. Was a really, really nice time. I ate so much food.